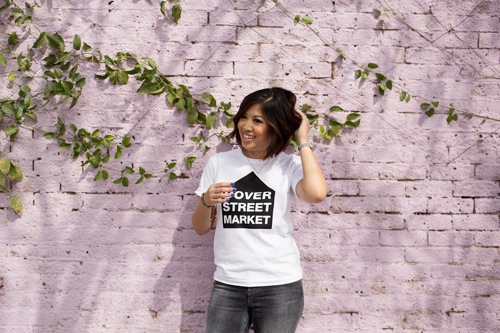 Nancy was born in the coastal, laid-back city of Torrance in 1982. Her parents Suzane and Danny immigrated to Southern California from Vietnam in the early-80s. In 1988, they opened a nail salon in Los Angeles which is still running strong today. “As a kid, I was always hanging around my mom’s salon. Dabbling with polishes, joking with clients…just being a kid and having fun.” says Nancy. “Seeing the intricate designs my mother would create – to this day, never ceases to amaze me. She continues to be a huge inspiration to me.  After years of working within the apparel and aerospace industries, the day-to-day left her feeling unfulfilled. It wasn’t until 2010 that she decided to take a chance and follow in her mother’s footsteps of opening her own boutique nail salon, Dipped Nails, in the heart of South Redondo Beach. “I had a good job and was making decent money, but felt the need to do something more creative and more importantly, on my own. Being able to be creative everyday as well as connecting with people on a more personal level is incredibly fulfilling!”

After five years of running the physical brick & mortar salon, Nancy has now begun to focus primarily on freelance fashion gigs. “I had a great run, met so many amazing people, and have learned a lot from the experience, but I’ve found my true passion is being out and about, in the action and doing what I love – NAILS!” Since then, Nancy has worked with Puma, adidas Originals, Sephora, Sally Hansen, Teen Vogue plus many more.